The co-founder of crypto data aggregator Markets Science, Twitter-user ‘Bitdealer,’ has shared a chart  indicating negative correlations between 11 top DeFi tokens and BTC over the past 45 days to Nov.1, with AAVE showing neutral correlation and UNI showing confluence if less than 0.1.

Seven of 13 DeFi tokens were also found to have negative correlations with Ethereum (ETH), despite Ethereum powering much of the DeFi ecosystem.

With many decentralized finance (DeFi) tokens struggling while Bitcoin (BTC) surged in price this week, analysts have identified a longer negative correlation between DeFi tokens and BTC.

However, the sector found its speculative plateau by the end of August, with Binance’s DEFI Composite Index crashing 64% from $1,100 at the start of September to less than $400 as of this writing.

TokenSet’s DeFi Pulse Index (DPI) has also shed more than half its value since launching at $130 in mid-September. DPI tokens last traded hands for just $61.55.

Meanwhile, Bitcoin’s price has increased by more than one-third in the past month, rallying to tag $14,000 at the end of October after global payments giant PayPal announced it was entering the crypto sector.

Google payments engineer Tyler Reynolds believes the bullish action in the Bitcoin markets is drawing speculative capital away from DeFi, noting that “major DeFi players” including Three Arrows Capital and Qiao Wang have recently pushed “a narrative of a hard rotation into BTC.” Reynolds estimates up to $50 million may have left the DeFi market, weakening buy-side pressure in the markets.

Crypto trader Flood made a similar point on the Coinist Podcast saying that he didn’t have “as much exposure as I would’ve liked on this move up and I think that’s a representation of the market as a whole.”

Only a handful of DEXs have a significant share of the sector’s volume, with Uniswap and Curve representing 75% of decentralized trade in September. The past three months’ worth of Uniswap volume equates t45% of total DEX volume since November 2019. CNBC contributor and co-founder of Market Rebellion, Pete Najarian, admits that he was slow to take the leap into Bitcoin, but he now believes that the asset is going to get much bigger as it outperforms other markets.

In an interview with CNBC host Melissa Lee, Najarian says Bitcoin is on fire as more people and institutions become comfortable with the king crypto.

“I think people have gotten a lot more comfortable with it [Bitcoin] than they were a couple of years ago. I think every year that goes by, people find a little bit more comfort.

Obviously, the Jamie Dimons of the world so many others that weren’t involved initially have sort of started to get involved a little bit. And, so I think going forward, this is going to be something much bigger.

I’m getting a little bit more into it myself. My brother Jon has been into it for multiple years, but I think this is something that we’re all adapting to slowly, but we are adapting to it.”

Najarian points to Bitcoin’s performance throughout 2020, which has outshined gold and decoupled from the stock market in recent weeks.

Pete’s brother and business partner Jon adopted Bitcoin much earlier, and keeps 5-10% of his portfolio in digital assets. THE END of Altcoins (Or Best Time To GO ALL-IN?) 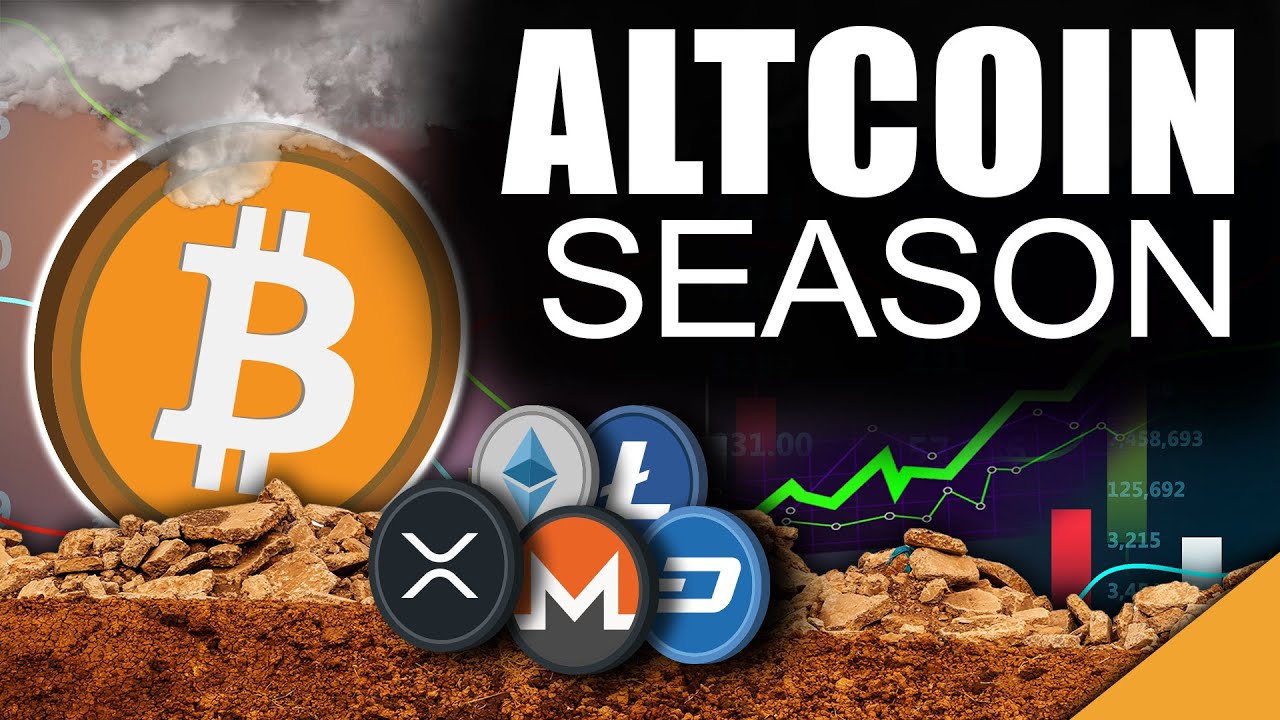 Bitcoin has been on a meteoric rise as of late. Does this mean the end of altcoins? Historically, a rise for Bitcoin has been bad news for alts. Today we will look at some past Bitcoin charts to make sense of it all. By the end of this video, you’ll know whether alt season is coming or if it’s time to give up on altcoins and run for the hills.

In this video, I will be breaking down EXACTLY what altcoins did during the last bull market for Bitcoin. The altcoins we will be looking at are Ethereum, XRP, Litecoin, Monero, and DASH. We chose these altcoins because they were already established and relatively stable. By examining the movement of these altcoins during the Bitcoin bull run, we can get a better idea of what might happen if Bitcoin keeps rising in the near future. Is alt season on the way? Find out. Bitcoin’s Retrace Could Inject Fuel into the Altcoin Market, Igniting a Rally

Bitcoin is currently in the process of retracing following a rejection at highs of $14,100 that were set this past week.

Although bulls had found stability around $13,800 following the rally to these highs, they have not been able to guard against massive inflows of selling pressure that has come about throughout the past few hours.

This selling pressure has been quite significant and may continue mounting if the crypto cannot post a strong defense of the lower-$13,000 region.

One analyst is now noting that November could be the month during which altcoins can regain some of their momentum.

He believes that a confluence of Bitcoin’s declining dominance seen over the past day, coupled with the bulk of most major altcoins currently trading at their high time frame support levels, seems to indicate that upside is imminent.

That being said, his reasoning also hinges on Ethereum rallying first, although it is continuing to show heightened signs of weakness following an overnight rejection at $400.

This is around where it has been trading throughout the past couple of weeks, but the multiple rejections posted at $13,800 do seem to spell some trouble for its near-term outlook.

Where it trends in the near-term may largely depend on its continued reaction to the latest rejection at this level.

Any break below $13,000 could lead to serious losses that potentially invalidate its short-term strength.

One analyst believes that embattled altcoins could see their next wave of growth sparked by this latest Bitcoin price decline.

He contends that capital will flow away from Bitcoin and into Ethereum, which will subsequently be directed to altcoins.

He claims this possibility is boosted by the fact that many altcoins are now hovering above high time frame support levels.

“The usual flow of capital. BTC > ETH > ALTS. This the month ahead will be really good for a majority of the markets, pairings against BTC are at HTF supports and dominance is dropping. Also some major projects will be listing, November going to be a great month.”

If this trend does play out, it will require that Bitcoin’s price finds some stability and slows the slight decline it is currently facing.