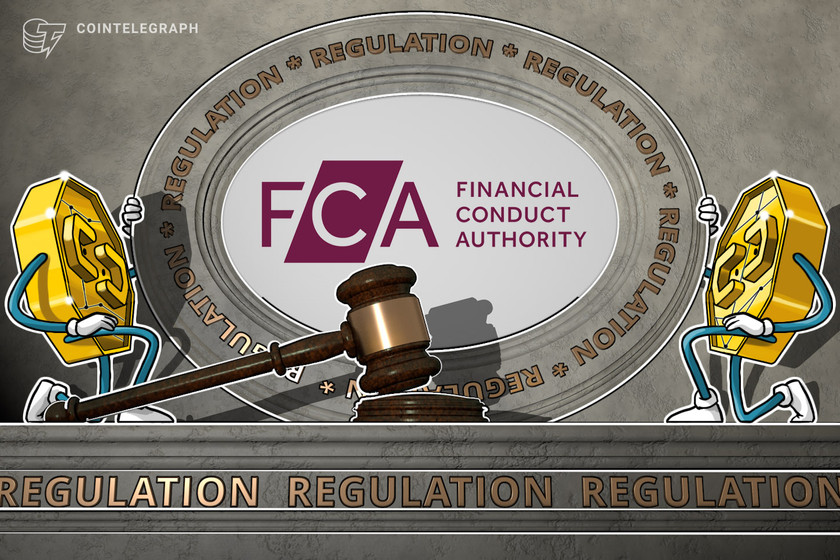 The FCA covered everything it could with the ban, CoinShares’ Townsend Lansing says.

Next Uniswap’s UNI Crashes Below $3.00 as Analysts Eye Further Downside 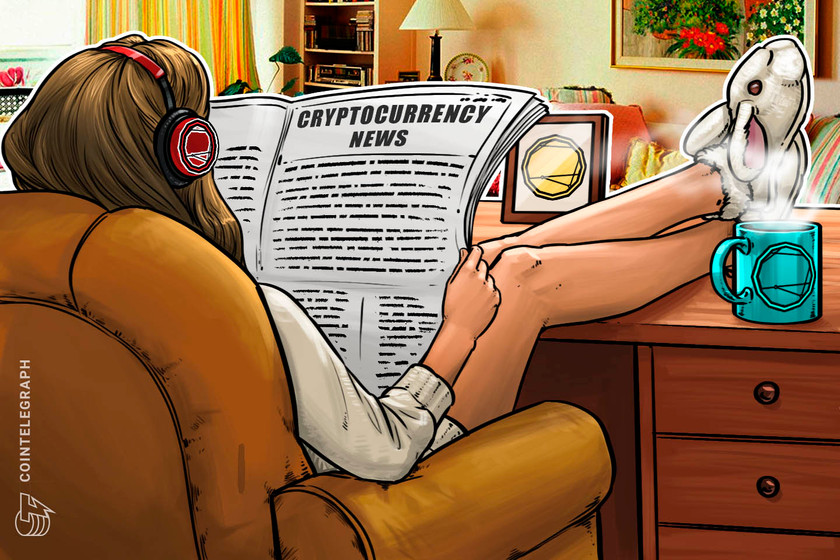 Bitcoin has traded in a relatively tight $2,000 range over the past two months after a rejection in the $12,000 region. The slow price action in the leading cryptocurrency also comes as legacy markets, such as the S&P 500 and precious metals, have undergone some stagnation.

Bitcoin’s inability to break higher after retaking crucial long-term supports has led some investors to fear that the cryptocurrency market is primed to see a strong reversal lower.

Fortunately for bulls, it was just confirmed that a long-term uptrend signal just recently confirmed that should indicate more upside is to come. The signal was last formed in 2014, prior to the bull trend that took Bitcoin to $20,000 from the hundreds.

Crypto-asset analysis Eric Thies noted on October 5th that in July, Bitcoin formed a pivotal long-term uptrend signal that few noticed. The cryptocurrency’s six-month KDJ formed a bullish crossover for the first time since 2014, when BTC was trading for a few hundred dollars.

The KDJ is a technical signal derived from the Stochastic Oscillator, meaning it shows when an asset is either overbought or oversold over the time frame being analyzed. This latest crossover shows that bulls currently are in control.

Thies commented further on the significance of the recent formation of this signal:

“Notes on this crazy high TF but I’ll gladly give hopium when I see it 6M KDJ crossed bullish when it closed in July, confirming an unmistakably bullish 6M hammer at the same time. Last time KDJ crossed bull was 2014 with a $200 $BTC low. Last cross bear at $17k high.”

Of note, it seems as though the volume on Bitcoin’s six-month candles is getting progressively weaker. This may just be a byproduct of the ongoing introduction of new exchanges that do not fit into BraveNewCoin’s Liquid Index, which is what the chart below depicts.

The long-term fundamentals corroborate the expectations of upside in the Bitcoin price.

CryptoQuant, a crypto-asset analytics firm, reported that ten out of eleven of its long-term Bitcoin on-chain signals are currently forming “buy” or “strong buy” signals. These signals include but are not limited to, the Hash Ribbons, the MVRV Ratio, Stock to Flow Ratio, Stablecoin Supply Ratio, and Miners’ Position Index. The FCA covered everything it could with the ban, CoinShares’ Townsend Lansing says.

Following the definitive ban of cryptocurrency derivatives in the United Kingdom, cryptocurrency companies in the country shared their thoughts on the matter with Cointelegraph.

Among the most affected is CoinShares, a U.K. company known for providing cryptocurrency exchange-traded notes, or ETNs. Unlike exchange-traded funds, ETNs do not necessarily own the underlying asset and are instead a way of tracking the returns of a particular index. When they mature, holders pay or receive the difference between the initial purchase price and the return of the underlying index.

Crypto ETNs fell under Tuesday’s broad ban by the Financial Conduct Authority, along with products like crypto futures, options, CFDs and other derivatives.

The regulators’ stated concern involves the risks that such products pose, especially since their derivative nature makes it possible to open highly risky leveraged positions. The ban does not impact direct crypto trading in any way, which remains open to retail investors and often features leverage as well, albeit with milder amplification.

However, CoinShares ETNs are completely unleveraged, or “delta 1x” in financial terms, meaning that they track the underlying prices one-to-one. Townsend Lansing, head of product at CoinShares, expressed his disappointment in the decision in a conversation with Cointelegraph:

“We are extremely disappointed by the FCA’s decision to include delta 1 ETNs in its ban on distribution of crypto derivatives to retail investors in the UK. We and many other industry participants put forward a number of reasons why such a ban would be ill-advised and would not benefit retail investors. Unfortunately, the FCA ignored those reasons, or dismissed them with little additional information.”

According to Lansing, the ban will have the opposite intended effect, as it will “simply drive UK retail investors to unregulated crypto exchanges.” He claimed that even the FCA believes these have “far fewer protections than the regulated ETNs offered by CoinShares and other providers.”

It is curious that the FCA’s ban affected a product that is arguably safer and more regulated than directly buying cryptocurrencies.

Danny Scott, CEO and Co-Founder of U.K. crypto exchange CoinCorner, told Cointelegraph that the FCA is “comfortable with [crypto] assets and seemingly have a pro stance, they’re just not comfortable with companies packaging them up in traditional trader focused products that the everyday person doesn’t understand.”

Scott added that in the company’s understanding, “this doesn’t affect Bitcoin exchanges like ourselves, but it will affect companies such as Revolut and eToro that offer a CFD rather than the asset itself.”

Lansing was nevertheless much more negative about the regulator’s efforts. “The FCA made it clear in their initial consultation and in the draft rules: they do not believe digital assets such as Bitcoin have value and therefore, they believe they are fundamentally unsuitable for investment.”

He suggested that the FCA’s retail crypto trading ban extends to the “limit of their regulatory perimeter,” which could explain why it includes ETNs despite their seemingly lower risk profile.

Nonetheless, the FCA’s previous efforts were primarily centered around upping the standard of regulatory compliance in crypto to that of the traditional finance sector. A heavy handed ban appears to be out of character for the agency, which could have opted for more nuanced restrictions to derivatives trading — for example limiting maximum leverage.

When asked if CoinShares expected the decision, Lansing replied:

“We were extensively involved in the FCA consultation process and had several meetings with the FCA in an attempt to dissuade them from banning ETNs. As a result, we could see first hand the FCA’s disapproval of the digital asset class. So, to that extent, we knew there was a meaningful probability that the FCA would enact the ban as proposed.”

He nevertheless reassured that the company is sufficiently diversified to withstand such a blow. Facebook said it will ban QAnon accounts across all its platforms, effective Tuesday.

The decision comes after Facebook faced criticism for not doing enough to stop the spread of conspiracy theories on its networks.

The move will not target individual posts, only accounts a Facebook spokesperson told NBC News.

“We’re starting to enforce this updated policy today and are removing content accordingly, but this work will take time and will continue in the coming days and weeks. Our Dangerous Organizations Operations team will continue to enforce this policy and proactively detect content for removal instead of relying on user reports.”

In August, Facebook said it would take broad action on groups that it described as posing “significant risks to public safety,” including QAnon.

The company did not immediately respond to Business Insider’s request for comment, but told NBC News the change is an update to a policy it implemented in August which removed 1,500 pages, groups and profiles related to QAnon. The removals targeted accounts that discussed violence.

The social-media network said the bans will “bring to parity what we’ve been doing on other pieces of policy with regard to militarized social movements.”

QAnon conspiracy theorists have aggressively spread a false theory that a secret cabal of satanists and pedophiles are trying to oust President Donald Trump, including Democrats. Republicans across the country have also spread baseless claims that Democrats are protecting child abusers and sex traffickers.

One baseless theory included a claim that Democrats sacrifice children and drink their blood to extend their own lives.

According to multiple news reports, QAnon-linked accounts have coordinated disinformation campaigns in the last few weeks, including the unfounded theory that the Democratic presidential nominee Joe Biden was secretly wearing an earpiece before last week’s debate began. As organizations begin to incorporate distributed ledger technology into their infrastructures, we are committed to ensuring that the information on public blockchains are securely stored, reliably available, and can be accessed in meaningful ways.”

In the same document, Block One’s CEO Brendan Blumer purported that EOS is responsible for the majority of public blockchain activity, though he did not specify the criteria through which he reached that conclusion:

“With the majority of global public blockchain activity, EOS is a powerful solution for anyone looking to leverage the decentralized ecosystem with ease”.

Block One also announced that a former Goldman Sachs executive named R. Martin Chavez will be leading the company’s advisory board.

Block One, the company behind EOS, was originally co-founded by current independent presidential candidate, Brock Pierce — though the aspiring politician was removed from the company several years ago. Throughout his career, Pierce has been embroiled in a number of controversies. What is CopyTrader? | Cryptocoin Factory