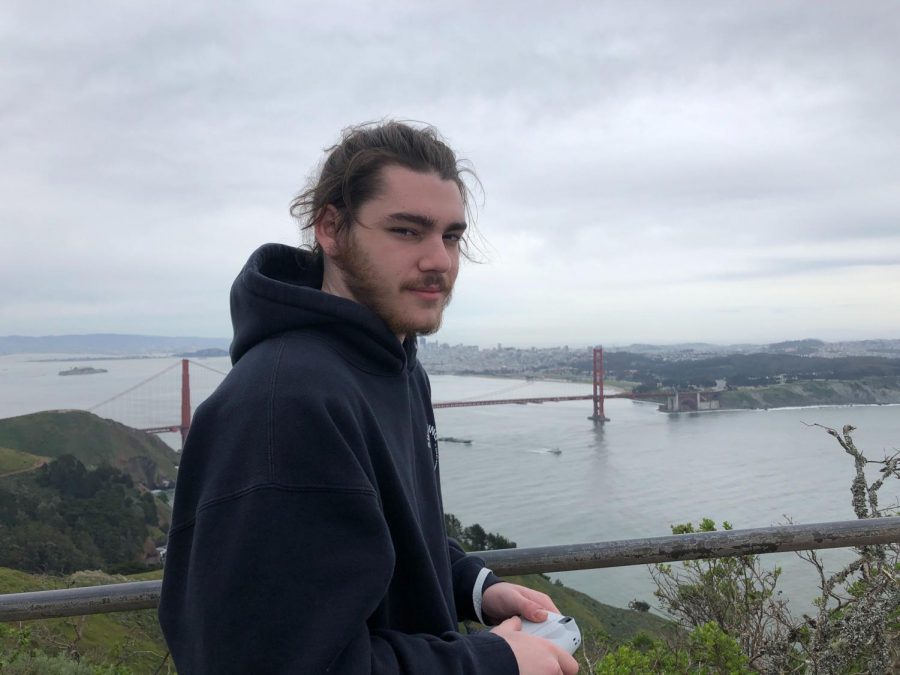 The morning of Dec. 9, 2018, Seth Johansen woke up thinking it was going to be a good day.

“It was almost like I was invincible like I was superman,” he said. That night, Seth found himself high and in prison.

But Seth is one of the lucky ones.

The current prison system does not appropriately handle mental health and drug addiction issues. Proof of this is the recidivism rate in America. Statistically speaking, 76% of all prison inmates will be reincarcerated within five years. To investigate why the system does not appropriately address offenders’ problems, a conversation with professionals from the system and those incarcerated within the system could help shed some light.

Seth grew up in small-town Auburn, California as the youngest of three. When he was 10, his parents divorced.

Seth started smoking regularly as a self-healing process. “I had heard of people curing their cancer with weed, so that’s why I didn’t really view it as a narcotic,” Seth said. But his drug use progressed.

“Every day I would smoke, and every week I would take psychedelics here and there,” he said. “I felt good on the inside, but on the outside, I started to decay. People said I looked like a skeleton.”

Instead of using smoking to heal, Seth began smoking to cope with emotional pain. “I lost a lot of my friends through doing drugs. The loss takes a lot of an effect on the mind,” he said.

Seth’s drug use eventually led him a long way down the wrong path that took a toll on his family. “Drugs made me feel closer to my family in certain aspects, but in reality, it was distancing me from them,” Seth said. “My family didn’t view me as this depressed, drug-taking kid when I would always say I was really happy, and I was very happy, but a lot of the time I wasn’t.”

On the day of Seth’s arrest, he skipped breakfast and walked himself to Togo’s, a local sandwich store where he spent the next eight hours working. He had read online that if you take psychedelics on an empty stomach, they have a stronger effect so Seth abstained from eating all day.

When Seth got home, he mixed mushrooms, acid and marijuana for a regretful cocktail before spending time in his room painting and reading.

Seth and his mom spoke briefly, and his mom noticed he was under the influence, a fact Seth had been trying to avoid. Later, Seth overheard his mom giggling on the phone with her friends. Due to the number of drugs in Seth’s system, he assumed they were laughing about him, which led to increased paranoia. This paranoia contributed to Seth’s bad decision.

With what Seth described as having no real lead up, he pushed his Mom down a short flight of stairs in their apartment. His mom got scared and ran to the apartment complex’s landlord, who happened to be an undercover cop.

The police arrested and booked Seth. “After how many drugs I had taken, I didn’t realize I was in jail until a few days later. I thought I was in a drunk tank situation and I could get out of it,” he said. “It first hit me when they told me my charges.”

Seth faced a $250,000 bail, six charges, two of which he was guilty of, and a sentence of either two years in county jail or four years in prison, so he knew he had to play his cards right.

Eventually, after four months in county jail, Seth’s charges were reduced. A judge sentenced him to four years of formal probation, but he had to maintain work, pay a $3,500 restitution and complete a 52-week anger management program and a separate drug program.

Seth viewed prison as a self-healing process, one that allowed him to be able to pick himself up from the ground again like he did the first time following his parents’ divorce.

Two years into his probation, Seth described probation officers as being nonexistent through the process. Feeling like probation officers don’t care is difficult, but Seth recognizes he was lucky he was able to get out of prison early and learn his lessons.

Feeling unsupported and in need of more personalized care is a common issue within the system.

Sharonda Atkins is a health practitioner at Inland Detox, one of California’s leading drug and alcohol detox centers that focuses on addiction recovery. The majority of the people she works with have been in the system.

According to the BBC, Norway has a recidivism rate of 20% after two years and 25% after five years. This is because of prison reformation. Norway changed prisons to minimize the appearance of incarceration by locating prisons where they can be surrounded by nature. This eases psychological stress for the prisoners and gives them an opportunity to live in harmony with the natural world.

Norway only takes away someone’s liberty, but their other rights remain.

Prisoners have free range for the majority of the day and access to several services. Their rooms are equipped with the same basic amenities as a hotel room because Norwegians believe prisoners are still human, just humans who’ve made mistakes and are learning from them. Norway doesn’t administer life sentences.

Treating people fairly and humanely is how Norway has managed to keep a low recidivism rate.

Seth believes the re-incarceration rate is so high because people don’t like the way the prison system is set up. “It is set up to break you down and build you back up into a better person; it’s just how people take it,” he said.

“We do not have education programs, mental health programs that they need,” he said. “There’s no social structure to go back to that is helpful to them. They just go back to the same environment they left. There are no social services in place and they are needed. If people go in with drug problems, they are not going to come out better. They do not address the source.”

Dr. Burton explained the need for more Head Start programs, early start programs and after school programs. He also believes it’s important to have strong mentors. “Caring for one another can go a long way,” he said.

Rhonda Findling, SRJC MESA and Second Chance counselor, grew up as a child of an orphan refugee Holocaust survivor. She saw firsthand the importance of education and how it can turn a family around.

“Education is the number one remedy for re-incarceration and reducing crime,” Findling said.

A 2016 Rand report revealed that inmates who participate in an education program of any kind while behind bars are 43% less likely to be re-incarcerated.

Communities that offer access to education in their prison systems have lower recidivism rates, Findling said.

Most people in Second Chance are in recovery, and everyone in the program tries to support one another through their struggles.

“To me personally, it’s crazy that we take people who have addiction issues, and instead of putting them through treatment, we lock them up,” Findling said.

Findling said 95% of the Second Chance program students were incarcerated because of addiction problems. “It can be alcohol, it can be meth, it can be heroin. For some people it’s multiple,” she said.

As a coordinating counselor, Findling doesn’t ask about her students’ past, unless they offer that first. She knows they’re there to go to school and her job is to support them. “It’s about what you do now going forward, your past doesn’t define you,” Findling said.

Erin McDermott is one of the students Findling’s work benefits. At 15, McDermott found herself going through her mother’s pill cabinet. By 16, she had a full blown opiate addiction, however this was the beginning of a long road of addiction for McDermott.

At 21, McDermott began using street drugs. She used meth heavily but it took her until the age of 23 to recognize the problem.

“I lived the typical, extreme life of an addict,” McDermott said. “I had children out of marriage, dated convicts, started getting arrested myself, became an IV user, stole and robbed, couldn’t hold a job, abandoned my children. I did all of the things that mark the life of an addicted criminal.”

In 2016, McDermott had hit an all time low. After a night of using heroin laced with fentanyl, her fiancé of 12 years and the father of her youngest son accidentally overdosed. “We both overdosed, and I happened to wake up. He did not,” McDermott said.

“I was arrested a few months later and saved by the grace of God. He met me in the darkest place, and the darkest time of my entire life and He made me brand new,” McDermott said. “I have tried NA/AA many times and it just wasn’t it for me. I’ve found true healing and restoration in the healing power of Jesus Christ.”

However, religion wasn’t the only thing that helped McDermott through her struggles.

In-house addiction programs and the Second Chance program have given McDermott a fresh start.

She attended the in-house “Starting Point” program that offered her the clarity she needed to start the healing process.

“I believe Sonoma County offers a ton of help to addicts in the criminal justice system,” McDermott said. However, she also explained to receive the help you’re being offered, you have to be ready to make the change yourself.

“We need more people and programs like Second Chance Club. This club has been a place of encouragement just during the daily grind of things. Also for me as I came into college for the first time ever as a recovering addict, this club has helped me financially with groceries, and books and tuition,” McDermott said.

Your past doesn’t define you.

Prison taught Seth that it’s important to always treat others the way you wish to be treated, no matter where they come from. Now, Seth tries to stay happy and hold his head high. He believes everything happens for a reason, and there are some people who definitely need to be in jail.

But Seth is one of the lucky ones.