Users of cryptocurrency exchanges in the United States may soon be obligated to hold digital wallets that comply with KYC (know-your-customer) requirements, according to a recently published advanced notice of proposed rulemaking by the US Financial Crimes Enforcement Network (FinCEN.)

The proposed rule would require users of centralized cryptocurrency exchanges who wish to send then cryptocurrencies from their exchange accounts into private digital wallets may be forced to provide personal information about the owner of the wallet.

According to FinCEN’s proposal, the proposed rule would only apply if users want to send amounts greater than $10,000 in a single day. However, the rule could later be applied to users who send smaller amounts.

Additionally, the proposal would require exchanges to store and submit records of individual transactions worth more than $10,000 or groups of transactions that add up to $10K in a single day. Exchanges may also be required to keep detailed records of transactions over $3,000 that include the personal data of the sender and receiver.

According to a report by CoinDesk, the proposal (if passed) would increase the amount of work that is required individuals and exchanges to undertake in order to transfer cryptocurrencies. This may bring the cryptocurrency world in line with the traditional banking system, a factor that may give institutional investors a greater level of comfort to enter the space.

On the other hand, however, requiring heavier levels of personal identification and record-keeping may “undermin[e] the technology’s early promise of privacy and self-sovereignty.”

Larry Cermak, Director of Research at The Block, wrote on Twitter that the proposal would allow FinCEN to “build a massive database of wallet owners without relying on the always probabilistic data from Chainalysis.”

“Now the government has guaranteed wallet owners and can start piecing together the dataset with certainty,” he explained.

“It’s clearly an attack on users’ privacy though and isn’t compatible at all with DeFi and other protocols that you can’t KYC,” Cermak continued. “What I imagine will start happening is one [transaction] to KYC’d wallet and then one [transaction] to Tornado Cash or [another] mixer to break the link. Until that gets banned too.”

It’s pretty silly but wouldn’t say it’s meaningless. It lets them build a massive database of wallet owners without relying on the always probabilistic data from Chainalysis. Now the government has guaranteed wallet owners and can start piecing together the dataset with certainty

“They will continue trying to find ways to gum up the gears, one rule after another, until [crypto] is as inefficient as regular banking,”

Matt Ahlborg, data scientist and founder of crypto data site UsefulTulips.org, also wrote on Twitter that the proposal is “the first of likely a series of rules incoming which will add friction to the bitcoin experience.”

“They will continue trying to find ways to gum up the gears, one rule after another, until it is as inefficient as regular banking,” he said.

Not meaningless imo. It’s the first of likely a series rules incoming which will add friction the the bitcoin experience. They will continue trying to find ways to gum up the gears, one rule after another, until it is as inefficient as regular banking.

Indeed, while the rule may seem fairly insignificant at first glance, it could have serious consequences for Bitcoin markets. Zac Prince, chief executive of crypto lending company BlockFi, recently told Finance Magnates that the possibility of “overbearing regulation from major world governments” could reverse the course of Bitcoin’s current bull cycle. 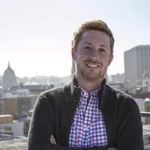 Public commentary on the proposal will be accepted until January 4th, 2021. However, FinCEN writes that “although FinCEN is publishing this proposal in the Federal Record and invites public comment, FinCEN has noted that notice-and-comment rulemaking requirements are inapplicable because this proposal involves a foreign affairs function of the United States and because ‘notice and public procedure thereon are impracticable, unnecessary, or contrary to the public interest.’

‘I Hope God Likes What I’ve Done,’ Said Dennis Haysbert About His Performance on ‘Lucifer’

BitGrail: the founder is involved in the scam