As a seasoned crypto investor, Pack brings a wealth of experience and unique Western perspective to the team. Pack will play an active role across all aspects of Huobi’s investment operations, from deal sourcing and due diligence to deal execution and portfolio support. Pack will also help finetune Huobi’s investment thesis and expand Huobi’s overseas presence.

“Alex has one of the sharpest minds in crypto. Not only does he understand the macro impact of DeFi and crypto, he’s also able to drill down into the specifics of different projects,” said Wu. “I’m thrilled to work with him again in a formal capacity as we expand our strategic investment efforts across the globe. Together, we will empower entrepreneurs from all over the world to build toward a new decentralized economy and revolutionize the existing financial system.”

“Sharlyn and I have known each other for years, and I have always regarded her as one of the most long term, visionary crypto thinkers in China,” said Alex Pack. “That’s why I was excited when I heard that she was joining Huobi, which is one of the most important companies in crypto. Huobi can be a total game-changer for the burgeoning decentralized economy, and I’m excited to support its efforts.”

Pack’s appointment comes at a critical juncture for the company as Huobi ramps up its global expansion on multiple fronts. Under Wu’s leadership, Huobi’s newly-formed DeFi division is leading an international consortium of centralized and decentralized financial service providers and platforms to drive cross-border collaboration and adoption through joint research, standardized protocols, events, and more.

The expansion of Huobi’s corporate investment arm, which has tens of millions of dollars earmarked for venture investments, marks the latest in Huobi’s push to grow its ecosystem beyond Asia and nurture global blockchain innovation. The corporate investment team works closely with industry leaders, entrepreneurs, and researchers to seek out the best talent and most promising projects in the crypto space.

Pack is one of the earliest institutional investors in crypto. In 2018, he co-founded Dragonfly Capital with Feng Bo, a $100M crypto-focused venture fund, and previously invested with Bain Capital Ventures and AngelList. He is an early investor behind many of the leading teams in crypto, including Compound Finance, MakerDAO, UMA Protocol, Amber Group, MatrixPort, Polychain Capital, Ethereum, and Cosmos.

Huobi Group is the world’s leading blockchain and cryptocurrency infrastructure provider with a financial product suite that includes the largest digital asset exchange by liquidity and real-trading volume. Trusted by users over 170 countries, the Huobi platform is dedicated to improving the freedom of money for users, and features an unmatched portfolio of crypto products and offerings, including: trading and finance, cryptocurrency finance infrastructure solutions, education, data and research, social welfare, investment and incubation, and many more. For more information, visit https://blog.hbg.com/ 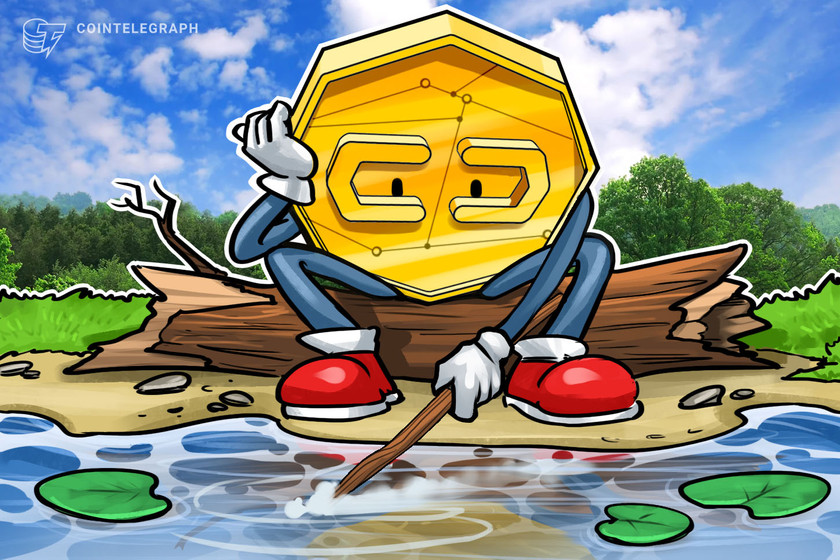 The ATS specializes in security tokens, consistently hosting more than 95% of the sector’s monthly trade volumes. tZERO saw dramatic growth in recent months, with monthly volume growing from less than $1 million in May to push $21.8 worth of trade in August — before sliding back to $9 million in September.

In 2013, Overstock, then a successful online retail firm, became one of the first major mainstream businesses to support Bitcoin. Despite announcing it would shift away from retail to focus on blockchain and cryptocurrency technology in 2018, retail is the only segment of Overstock’s business that is currently profitable — driving $43 million in revenue last quarter. Report: Bitcoin Set for its Biggest Breakout Yet

A recent Coinmetrics report says on-chain fundamentals are hinting at bitcoin experiencing its biggest breakout yet. The report notes that bitcoin is already showing signs of this following its rise by about $1,000 in one day on October 21. The digital asset has subsequently set a new all-time high for the year.

While acknowledging the difficulty in predicting bitcoin’s future value due to its notorious volatility, authors of the report insist there is a difference between previous bull runs with the current one. According to their report, “BTC has been growing in ways that we have not seen in previous bull runs.”

According to the data, the bitcoin and gold correlation has been positive (above 0) for much of 2020 while the digital asset’s correlation with the US dollar has stayed negative during the same period. It is this growing relationship with gold that has some touting bitcoin as a form of digital gold.

Companies like Microstrategy and Square Inc recently announced their acquisition and subsequent holding of bitcoin as a treasury reserve asset.

As precedent shows, “the percent of supply unmoved for at least 1 year has peaked during periods where price has been at local lows.”

BTC’s velocity is also at its lowest levels since 2011. Velocity measures the number of times an average unit of supply has been transferred in the last year. High velocity means a relatively high turnover. A decreasing velocity suggests BTC is trending towards being used as a store of value as opposed to a medium of exchange.

Another metric suggesting which suggests a pending bitcoin breakout is the “number of addresses holding at least $100 worth of BTC (which) hit a new all-time high of 9.74M on October 22nd.”

In conclusion, the report states that historically, “bitcoin price has hit a local peak within 1.5 years of each previous halving.” As holding activity increasing and the “halving less than six months in the rearview, all signs are signaling that BTC is poised for takeoff.”

Do you agree with Coinmetrics’ assessment that bitcoin is about to breakout? Tell us what you think in the comments section below.

The post Report: Bitcoin Set for its Biggest Breakout Yet appeared first on Bitcoin News. DEXFIN Launching European Crypto Exchange as a Complete Solution for All