The People’s Bank of China (PBOC) took steps over the weekend to slow the Chinese yuan’s (CNY) recent appreciation, by removing financial firms’ requirements to hold a 20% reserve when buying foreign currency for a forward settlement. That has seen the offshore yuan (CNH) fall by 0.53% this morning to 6.7230, giving back most of its Friday gains after China returned from holiday and fixed CNY 0.45% higher at 6.7796. This morning, the PBOC in tandem, fixed the CNY nearly 1.0% higher versus the US dollar at 7.7126.

Today’s fixing reflects the strong appreciation by both the onshore and offshore yuans on Friday. The weekend measures provide an elegant way to mitigate the appreciation of the yuan without upsetting a belligerent White House in the middle of an election campaign. China can argue that they are removing regulations regarding the currency, not “manipulating” it. We are likely to see continued yuan strength moving forward though, as China’s interest rate differential, portfolio inflows after index inclusion and robust economic recovery all underpin further appreciation. A US dollar that looks to have restarted its gentle depreciation won’t help either. The Chinese government and PBOC officials are more likely concerned about the pace of the yuan’s appreciation and not the appreciation path itself.

Activity in Asia will be muted by the US Columbus Day holiday today, although it is one of those odd Federal holidays where the stock market remains open. Canada, Mexico and Brazil are also closed for holidays.

Financial markets continue to rotate into risk-seeking positioning as hopes persist that a US fiscal stimulus package will appear. The wave of optimism has been boosted by the third position change in a week by the White House on the package. Having told officials to cease negotiations early last week, the President then tried to enact a piecemeal approach before reversing course and telling both parties to go big or go home effectively on Friday. Calling for a package larger than $2.2 trillion is an impressive volte-face within a week, even by US presidential standards and perhaps explains why I feel perpetually confused these days.

House Democrats have allegedly rejected a $1.80 trillion proposal by Treasury Secretary Mnuchin and appear to be sticking to their $2.2 trillion guns. Even if the White House capitulates, getting that number through the Senate will be challenging. With markets now totally ignoring the possibility of a fiscal stimulus package not happening and piling into the buy everything trade, the correction if negotiations fall apart could be something to behold. While I acknowledge that the balance of probabilities does appear to err towards a deal being struck, I am not in love with that position to the exclusion of all other possibilities.

Regarding the US elections, President Trump will return to the campaign trail it appears this week. However, he continues to sink in the polls, and markets will need to continue negotiating the potholes of presidential tweet risk. That is likely to mean that volatility will remain muted in Asia as there is not enough computing power in the world to model those short-term risks.

Tomorrow sees the latest rate decision from Bank Indonesia. (BI) Although Jakarta announced the ending of its Covid-19 hard lockdown measures overnight, that is unlikely to be enough to sway BI’s hand and cut rates from 4.0%. The Indonesian rupiah remains Asia’s poorest performing currency, and maintaining international investor confidence will remain paramount, even as the economic data releases continue to be a veritable rogues gallery of bad news. BI is unlikely to cut rates again until a material appreciation in the currency occurs, likely driven by falling Covid-19 infections, and a bounce in economic indicators. Both are very large ifs.

The Monetary Authority of Singapore (MAS) will announce its latest monetary policy decision on Wednesday. With incipient signs of recovery in the economy, and with the heavy lifting being done on the fiscal front by the government, the MAS is almost sure to leave policy settings at neutral this time around.

The United Kingdom may also fall under the spotlight this week. The UK prime minister is likely to announce a raft of new Covid-19 restrictions across the country today as Covid-19 cases explode once again. The measures are likely to be met with strong protests and risk pushing the UK’s recovery off track. We also see the UK’s self-imposed deadline on the 15th October for post-Brexit trade negotiations to finish. Neither risk has been adequately priced by the market, in my opinion, and sterling could have a tough week at the socially distanced office if the outcome of either is negative.

US earnings season has rolled around once again with the major US banks announcing quarterly results tomorrow. That is likely to be drowned out by Apple’s event tomorrow launching its next generation of iPhone’s, because we all need more phones. It is going to be Apple’s first launch of 5-G devices, and Apple’s shares have firmed ahead of the event. Assuming all goes well, we expect big tech to outperform as well as significant companies globally in Apple’s iPhone supply chain.

More tech anticipation continues in the US, with Amazon Prime Day, which is actually two days, starting tomorrow and running until Wednesday. Modelled on Ali-Baba’s Singles Day, it will be inducing American’s to buy as much stuff online as they can, whether they need it or not. The real-time data will be closely watched, with fiscal stimulus cheques now spent; a disappointing result could have a quite negative impact on big-tech stocks. Likely though, America will fill its boots, and in combination with a new iPhone, US big tech is set for a healthy week.

This article is for general information purposes only. It is not investment advice or a solution to buy or sell securities. Opinions are the authors; not necessarily that of OANDA Corporation or any of its affiliates, subsidiaries, officers or directors. Leveraged trading is high risk and not suitable for all. You could lose all of your deposited funds. An illustration of the man-in-the-middle attack 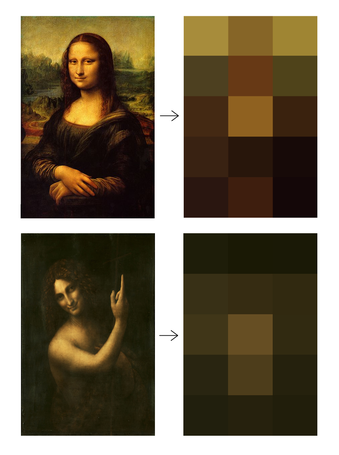